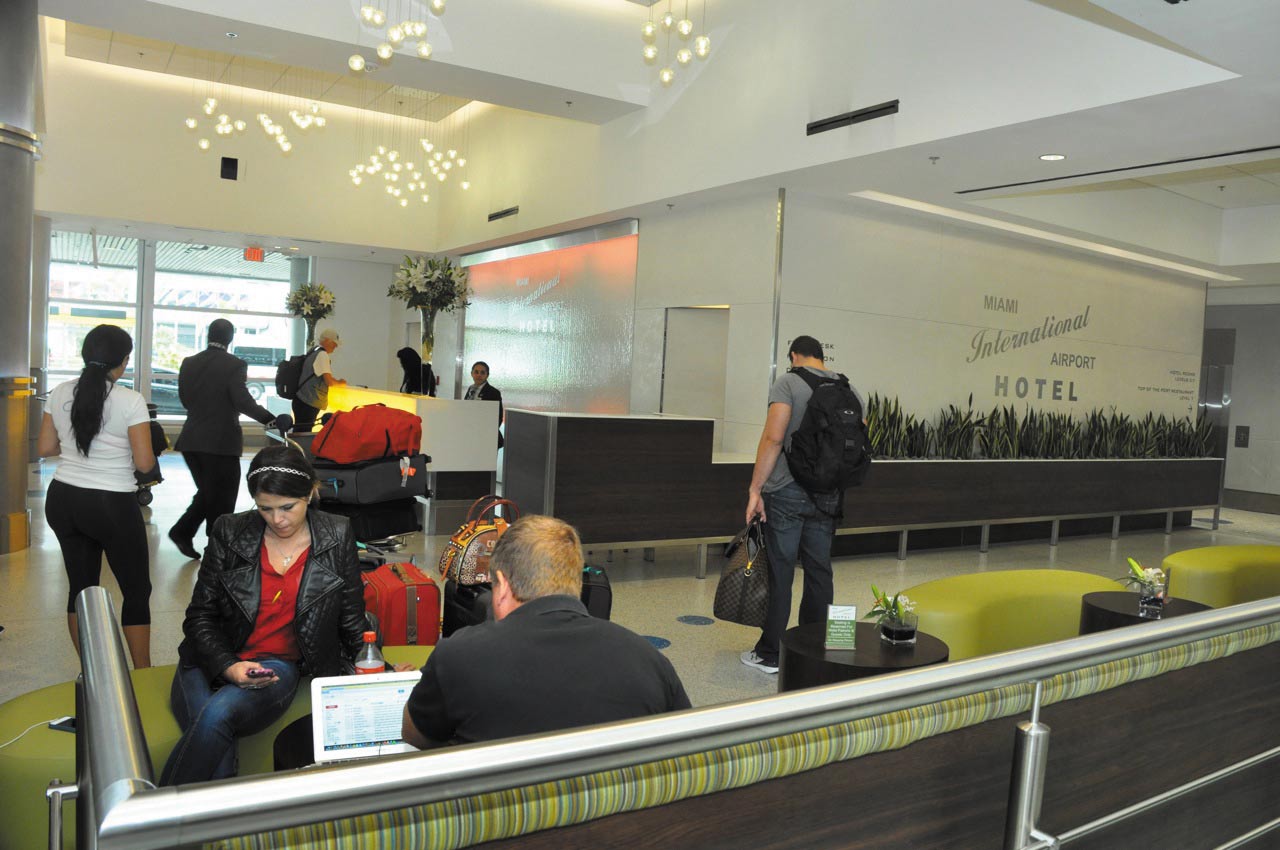 Once again, the county is looking for a qualified company to run the aging but profitable Miami International Airport hotel for at least seven years and will begin the selection process once applications are received next month.

Located inside the airport on the Departures Level in Lobby E, the 58-year-old independent hotel, owned by Miami-Dade, is managed month-to-month by Hotels International Inc.

County commissioners and aviation department officials have expressed dissatisfaction with the Tampa-based company on several occasions over the past few years and have long been keen to find a national operator. Yet companies that responded to the offers were rejected for a variety of reasons, usually lack of qualifications.

Further attempts by the county for more than a decade to find a new operator also resulted in a rejection, most recently on November 24, 2014, when three of the four responding companies failed to meet the parameters of the ‘offer and the fourth was ultimately unable to reach a labor peace agreement as the county demanded.

The Department of Aviation, representing Miami-Dade, released the most recent request for qualifications on December 9. They are due at 2 p.m. on February 10, when all qualifying statements will be filed in a room at the Stephen Clark Center, open to the public, and the names of respondents read aloud.

The scope of services requires a qualified company to manage the hotel with 252 rooms and seven suites and related facilities such as a business center, conference center, full catering services, Wi-Fi and room service.

The minimum qualifications are that companies have operated a full service hotel for five consecutive years within the past 10 years in each category of management, operation and maintenance of a minimum of 250 rooms at one location; have generated at least a total of $ 50,000 in gross revenue by operating a full service hotel during the five qualifying years; and must be licensed to do business in Florida at time of award.

A referee, a joint venture or other, may offer the experience of their parent company, sister or affiliate, but the selecting company will determine the weight – if any – to be given to an affiliate.

The qualification request describes the Miami International Airport Hotel as remaining a successful independent hotel “because of its ability to distinguish itself in the airport-district market”. It sits in a premier terminal, ideal for travelers arriving late or leaving early, depending on demand, and dominating the surrounding market in terms of average daily rate and occupancy.

The term of the hotel management contract is seven years and may be extended at the discretion of the county for three one-year terms.

County commissioners wondered why, with such a captive market, the search for an operator has been on hold for over a decade and what might be missing if none of the bidders were qualified or a chain such as Marriott. does not show it. interest.

During the last public debate at a county commission meeting last April, Aviation Director and CEO Emilio T. GonzÃ¡lez said the hotel, built over five decades ago, was a building quite old with a lifespan.

â€œAnyone who bids now knows there is a time limit,â€ GonzÃ¡lez said. â€œThe bigger chains are taking a step back because it’s an old hotel and they want to change brands. There may be some interest, but in a luxury hotel.

Aviation officials eventually plan to develop a new four-star hotel on the airport property. Speaking the day after the April 5 committee meeting at the directors’ lunch at the Grand Chamber of Commerce, GonzÃ¡lez said that in 10 years the current hotel will either have to be destroyed, renovated or transformed into a offices. “At the same time, we are considering another construction project on the airport property – more than likely a four star hotel.”